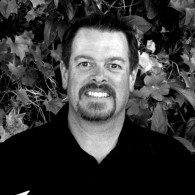 Clinton Day is a Professor of Music in the Arts and Cultural Studies Department with Berkeley City College. Mr. Day has been a part of the Bay Area music community for over 30 years as a bassist, pianist and producer. He has been an instructor with Berkeley City College since 2008. Day teaches courses in Jazz history, American popular music history, as well as the history of Western music. Mr. Day also teaches a course in the History of Rock Music at Mission College.

Previously, Professor Day served as the Director of the Cal Jazz Choir at the University of California, Berkeley in the late 1980’s, and was concurrently the Assistant Director of the Student Musical Activities-Vocal organization on campus. A multi-instrumentalist, Day has since been an accompanist for a number of vocal jazz programs and performers in the area on both piano and bass. Many of his original arrangements are still performed by a number of Bay area groups.

As a professional bassist in the Bay Area, Clinton has been playing jazz, funk and blues for the past 30 years. Clinton’s first bass teachers were Marc Van Wageningen (Pete Escovedo, Cornelius Bumpus) and Paul Jackson (Herbie Hancock). He has been the bassist for the Mic Gillette Band (Tower of Power) since its inception, until Mic’s passing in January, 2016

Clinton began studying music at Columbia College in California in 1982 under Dr. Rod Harris. He earned his bachelor’s and master’s degrees at San Jose State University in California. As an accomplished and in-demand accompanist/arranger for the Columbia College Music Program he had the opportunity to perform with numerous artists including Bobbie McFerrin, Carl Anderson, Cornelius Bumpus, Clare Fischer, Don Shelton, Bobby Shew, Grant Geissman, Phil Mattson, and Richie Cole. He can often be found sitting in on bass and piano with Bay Area jazz artists Kelly Park, Reid Whatley, John Witala, and Jim Grantham.

All music courses are offered in a variety of formats and times to suit students’ schedules: mornings, afternoons, evenings, weekends, and online.